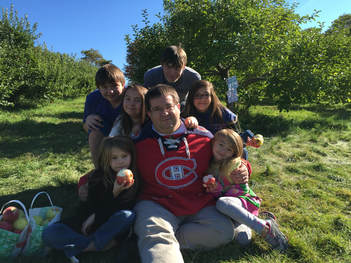 I started my academic life getting an Associates Degree from a community college in NY in Nursing. How I ended up doing that is a long story for another time… I worked in inpatient Psychiatry, then in the emergency room and ICU before deciding that I didn’t want to spend the rest of my life inside. I knew I liked biology, and research, so I decided to move to Ann Arbor MI and get a degree in Biology.

Michigan was awesome, and I had an opportunity to work with some amazing people. Bobbi Low, Beverly Rathke, and Burt Barnes were extremely influential here.. I spent a lot of time in the School of Natural Resources, and learned to love being in the field, and doing research! In fact, I loved the study of the natural environment so much, I decided that grad school was for me, though like most, I had no idea what I was getting myself into.

After Interviewing at Emory (Les Real), UC Davis (Ann Hedrick), and U of Kentucky (David Westneat), I decided to come to Berkeley to work with Eileen Lacey. There, I worked first to describe the mating system of Peromyscus eremicus, then on the relationship between sexual behavior and STD’s in 2 Peromyscus species, on monogamous, and one promiscuous. I received a NSF GRF and DDIG, as well as a UC Chancellors fellowship and a MVZ fellowship.

I stayed at Berkeley for my Post Doc, having received a NIH NRSA fellowship. I switched focus a bit to work in genomics, thought I stayed with Peromyscus.

In 2013, I took at tenure track job at the University of New Hampshire in the Department of Molecular, Cellular, and Biomedical Sciences. I continue to study desert mice, but have substantially diversified to include projects on rock doves, poison frogs, and sponges.

In my spare time, I enjoy covering surfaces with white board material and drinking IPAs, 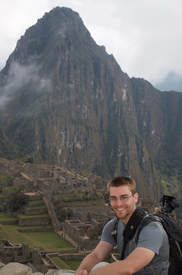 I am a biologist interested in mimicry and aposematism. In particular, how evolutionary pressures on aposematic species shape toxin and color/pattern phenotypes over space and time. A large portion of my research has dealt with describing the relationship between color phenotypes and toxins, as well as how these impact potential predators. My ongoing research aims to understand the proximate mechanisms behind mimicry, color/pattern, sequestration of defensive chemicals, and the relationship between them. I'm keen on bringing genomic tools to bear in order to understand the underlying genetic architecture of color, pattern, and toxicity both within and between species. My research generally focuses on the Neotropical poison frogs.

In my free time I enjoy spending time in nature, hiking, photography, and enlisting millions of Saccharomyces cerevisiae in my quest to brew and drink delicious beer.
Anna Tigano 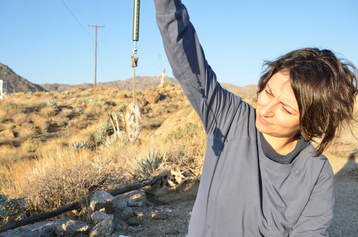 As an evolutionary biologist, I work at the interface between ecology, evolution and conservation, with a special focus on the genomics of adaptation. I am particularly interested in how species evolve and maintain local adaptations, including balanced polymorphisms, and in the role of gene flow in adaptation. By investigating the physiological and genomic basis of local adaptations, I aim to predict how species may respond to future environmental change, especially climate change. In the past, I have investigated the genomics of local adaptation in arctic seabirds, and fish. In the MacManes lab, I will integrate field work, experiments, physiology and genomics to investigate the physiological and genomic basis of desert adaptations in the cactus mouse (Peromyscus eremicus, hanging from a pesola in the picture) and other species.

I share Matt’s passion for white board material, and I love to gesticulate excessively to express myself. 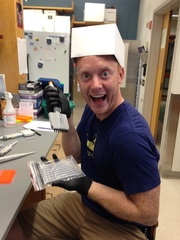 Behavioral genetics, a fast-growing field, attempts to link genetic architecture to organismal behaviors and actions. Many of the known hormone-signaling systems function as internal control mechanisms of behavior such as stress, mating, aggression, fight/flight, and parental care.  Study of these systems at the sequence level can elucidate the genetic underpinnings of behavioral phenotypes, drawing novel connections between behavior and genotype.  One such system, the Hypothalamic-Pituitary-Gonadal axis, plays a major role in both reproduction and organismal homeostasis of species ranging from ancient vertebrates (Lampreys and Hagfish), to mammalian species (Humans and Mice), to avian species (Songbirds and Rock Dove).  My dissertation work will utilize high-throughput RNA sequencing of the HPG axis in the Rock Dove to observe gene expression patterns, specifically relating to parental care.  The Rock Dove, presenting well-known behavioral shifts during various stages of parenting (nesting/incubation/hatching), is a prime candidate for observing parental care.  By using DGE (differential gene expression) methods and other bioinformatics practices to draw connecting links between gene expression and behavior, I intend to shed light on the neurogenomic connection between parental care and the HPG axis.
Jennifer Spillane 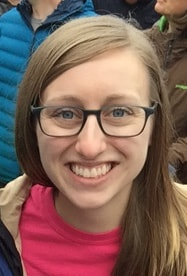 I am a PhD student interested in evolutionary genomics and phylogenetics. I love non-bilaterian animals, especially sponges, and am studying how the close associations with their diverse microbial communities has shaped the evolution of their own genomes. Genomic novelty gets a lot of attention, but losses of genes or gene families can be just as important in the evolution of a lineage. Through modeling the ancestral states of all Metazoan branches, and a metatranscriptomic analysis of five species of sponges, I hope to show whether or not our present-day sponges are genomically simpler than their ancestors. I am also interested in data quality in phylogenetic studies, and in comparing the genomes of other non-bilaterian animals. When I'm not sciencing I love to read, brew beer, backpack, and take care of my huge number of houseplants.
Devon O'Rourke 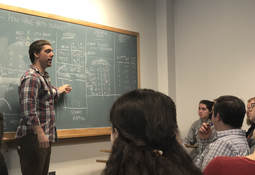 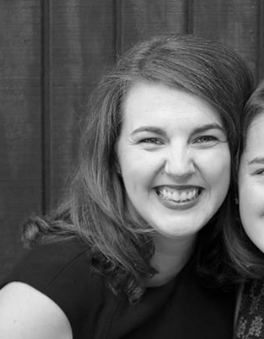 Meghan Ange-Stark is interested the dynamics of wildlife disease and conservation. Specifically, she studies white-nose syndrome, a fungal disease causing mortality in several species of North American bats. In her free time, she enjoys cheese and books on Abraham Lincoln. 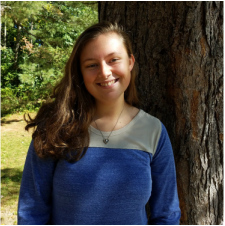 I’m a genetics major and a member of the class of 2019 at the University of New Hampshire, specifically interested in quantitative biology. After taking a genetics course as a freshman I realized how much the topic spoke to me. I plan on minoring in statistics in order to learn how to accurately interpret results in future research projects. As of now I plan on attending graduate school and getting my masters in bioengineering as a way of combining my problem solving skills with my love of biology and math. In my free time I enjoy reading, coloring, working out, and watching movies with friends!
Nhen Hunter 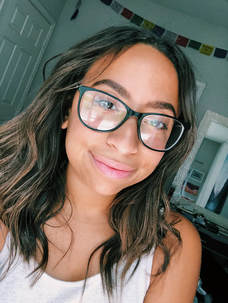 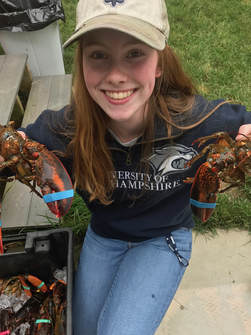 I'm a biochemistry, molecular and cellular biology major with a genetics minor and a member of the class of 2021. Since joining the lab I have worked on extracting DNA from bats, mice, and sponges. I am currently working on a small mouse genome diversity project with Professor MacManes.
Jeanne Marie Cassidy